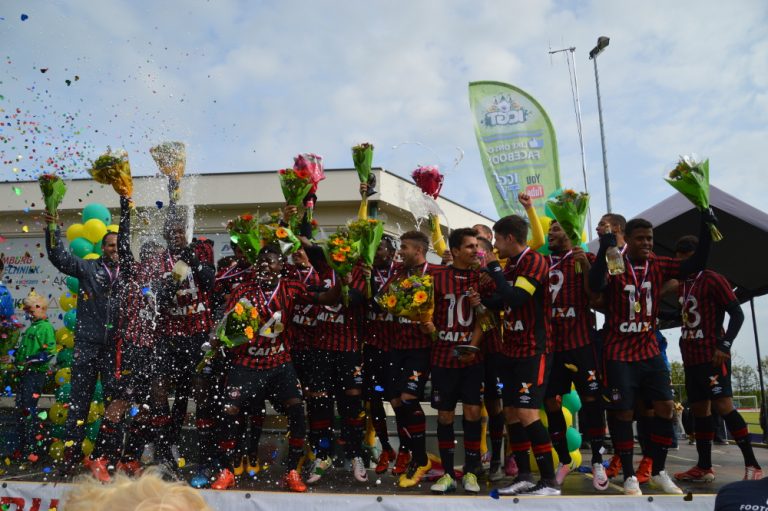 The first edition of the ICGT was held on Easter Sunday in 1985. Location: the sporting grounds of the late FC VVU. ICGT is short for International Cor Groenewegen Tournament. International, because teams from Luxembourg and Germany also participated. The first winner was TIJBB from Haarlem, the Netherlands. The tournament, and the corresponding festival, was a success. Therefore it was decided to expand the foreign participation and to play the tournament during Whitsun weekends from thereon.

In 1986, Danish team Kastrup Boldsklup was the first foreing winner of the ICGT, beating Uitgeests USVU. In 1986 and 1987 the party nights were such a success that the promotors decided to put down a big tent in 1988. The start of a tradition.

In addition, the international youth tournament expanded with a recreational men’s and women’s tournament, called the Arie Bonkenburg Senior Tournament (ABT). In 1990 the first national squad, namely the youth squad of the DDR, participated in Uitgeest. Quite unique, because the Wall was already history. Surprisingly not the DDR, but local heroes VVU, won that years tournament.

In 1991, the organization once again surprised everyone with a new team: Trudovvye Rezervy, from the former Sovjet Union. Trudovvye ended up winning that years tournament.

The Russians made two appearances. Many still cherish the memories of rickety buses, boxes with illegally imported vodka and piles of pastries that after repairing the bus, were loaded for the far trip home.

In the second half of the 1990s the tournament grew to an even higher level. Renowned English clubs like Charlton Athletic, Sunderland and Wolverhampton Wanderers appeared in Uitgeest. IFK Göteborg from Sweden but also from Germany, Arminia Bielefeld and FC Spartak Trnava from the Czech Republic were participants.

In recent years, the field of participants remained strong. The promotor of the ICGT has the ambition to maintain this level.